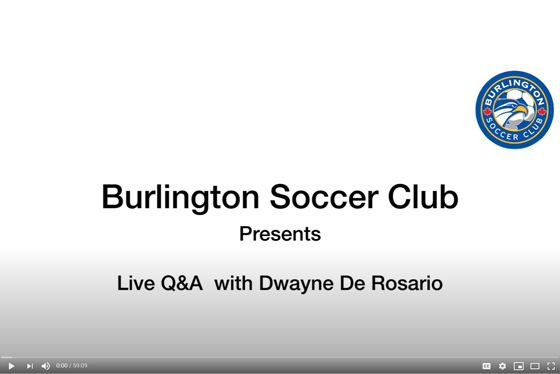 On April 23rd, the boys U10 and U12 Bayhawks teams had the opportunity to speak with soccer legend, Dwayne De Rosario! The live Q&A session allowed the team to ask questions and speak directly to the Canadian professional soccer player about his playing experiences and history.