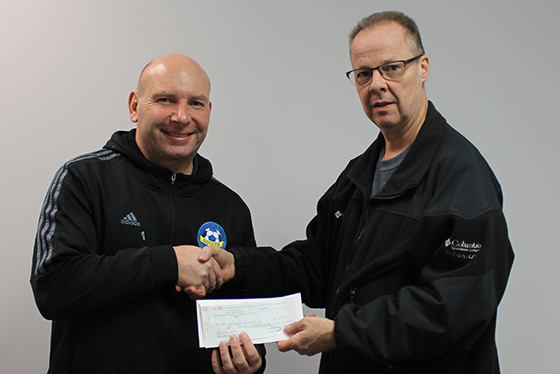 In recognition of Charles Bello, the Spurs 50+ team organized a mini-soccer tournament on Saturday, December 28th to support Charles as he goes through the challenging rehabilitation process after his horrific accident this past summer.

As some of you may know Charles as a teammate, friend, coach and major influence in the soccer community, his horrific accident this past summer was tragic. Charles and his beautiful family are fighting hard through a challenging rehabilitation process and they have demonstrated the utmost strength throughout.

Many of his teammates and friends have asked how they can support his family and as you may know, Charles has always put the interest of others first. As a coach with the Burlington Soccer Club, he has not only given up countless hours on the field but quietly and admirable has supported many players who could not afford to play the game he loves. With this in mind, the mini-soccer tournament was created on his behalf with all proceeds raised in Charles’ honour going to help fund youth in need of financial assistance.

In support of the tournament, the BSC was very happy to donate the fields for use and with the contributions from everyone in attendance, the organizers and other supporters, a total of $4,100 was raised in Charles’ honour. Thank you to everyone that helped and we wish nothing but the best for Charles and his family.